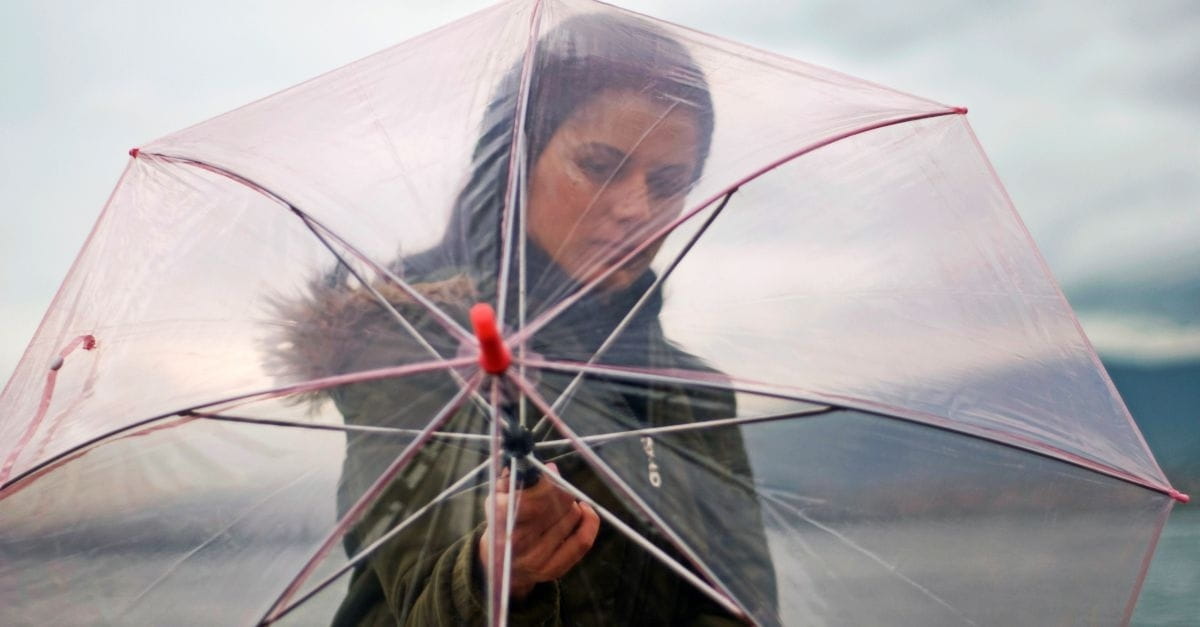 Life is precious. Yet all too often, we may find that much of our time is spent around negative, toxic people, draining the life right out of us. Sometimes they’re co-workers, friends, or sadly, even family members. END_OF_DOCUMENT_TOKEN_TO_BE_REPLACED

We often hear friends wondering where they’re making the right move in marrying their significant other. The New York Times surveyed what critical questions partners should be asking each other before taking the final leap, and this list of 15 questions is what relationship experts came back with:

1) Have we discussed whether or not to have children, and if the answer is yes, who is going to be the primary care giver?

2) Do we have a clear idea of each other’s financial obligations and goals, and do our ideas about spending and saving mesh?

3) Have we discussed our expectations for how the household will be maintained, and are we in agreement on who will manage the chores?

4) Have we fully disclosed our health histories, both physical and mental?

5) Is my partner affectionate to the degree that I expect?

6) Can we comfortably and openly discuss our sexual needs, preferences and fears?

7) Will there be a television in the bedroom?

8) Do we truly listen to each other and fairly consider one another’s ideas and complaints?

9) Have we reached a clear understanding of each other’s spiritual beliefs and needs, and have we discussed when and how our children will be exposed to religious/moral education?

11) Do we value and respect each other’s parents, and is either of us concerned about whether the parents will interfere with the relationship?

12) What does my family do that annoys you?

13) Are there some things that you and I are NOT prepared to give up in the marriage?

14) If one of us were to be offered a career opportunity in a location far from the other’s family, are we prepared to move?

15) Does each of us feel fully confident in the other’s commitment to the marriage and believe that the bond can survive whatever challenges we may face?

Those that fail to ask each other the above questions may one day find themselves at the center of an explosive dispute — with much graver consequences than if had you fully shared your perspectives on these topics beforehand.

So, if you and your partner are looking to get married, make sure to ask each other this list of questions first, and hopefully you’ll be able to lay all your cards on the table and clarify any uncertainties between the two of you. If you are able to negotiate and reach a compromise on the above, you’ll be in a great place with your partner.

If these important questions prove helpful to you, share them with your friends, too.

As Christians, some of us feel hopelessly trapped in abusive relationships.  We think the Lord wants us to be endlessly patient and tolerant of the sins of others against us.    We believe that it is sinful to protect ourselves, and we believe that it is sinful to leave a family relationship.  We think that once we are born into a family, through no fault of our own, we are stuck with them, no matter what they do to us.  Some of us feel that once we start ANY relationship, family or otherwise, with someone who then turns out to be not the person we thought they were, it would be “un-Christian” for us to leave.  For some reason, we are under the misconception that we would not be good Christians if we did not stick it out and continue tolerating just about anything the other person says or does. END_OF_DOCUMENT_TOKEN_TO_BE_REPLACED

END_OF_DOCUMENT_TOKEN_TO_BE_REPLACED

You’re a smart woman with a good head on your shoulders and you know better than to go down the romance road with a man who idolizes Hefner and is still obsessed with his bottle (service). But let’s face it; chemistry, attraction, hope and passion can make the most logical ladies go a little loco. Here, we list 25 signs it’s time to move past “Go” and fly solo.

1.  He never uses your name. I once knew a guy who was sleeping with a woman and he, oops, forgot her name. She didn’t realize it because he was calling her “baby” all of the time. “Babe”, “Baby”, “Sweetheart”, “Beautiful” .. .these pet names are sweet when you’re in a relationship, but on text three? Not so much. Beware of men who look to create a false sense of intimacy in order to get what they want.

2. He’s inconsistent. When things are great, he’s talking about taking you to weddings or meeting his parents, but then Thursday night comes around and suddenly he doesn’t know what he wants. Best case scenario: He’s confused. Worst case: He’s trying to say just enough to keep you hopeful but wants you to feel OK when he disappears. Either way, you’re going to get hurt.

3. He claims to be exclusive but he’s still online. The current dating model tends to lend itself to the idea of entertaining more than one potential partner, but there’s a big difference between an honest guy looking to play the field and a dude who’s just looking play with your emotions. If he’s on Tinder, Match or any other dating site and there’s been no discussion of exclusivity, that’s fine. But if he’s telling you there’s no one else and he’s “just looking”, don’t be naive. He’s “just looking” for someone to take out tomorrow night.

4. He’s shady as Sh*t. Maybe his phone is always dying or perhaps you give him a compliment and hear him repeat it to another woman right in front of you (true story). It could be that he hides his phone or excuses himself to go to the bathroom when a text comes in oor he rushes you out of a bar without explanation. Whatever it is, pay attention to your gut, use common sense and don’t argue with your intuition. You’re a grown, intelligent woman, you know when someone is acting strange.

5. He has a “reputation”: Leave your James Dean/Johnny Depp fantasies with your 16-year-old-self. You might be the most incredible woman on the planet but don’t go into a situation with a game-player expecting to be the game-changer.

6. He talks about hurting other women: If he says he’s always failed women or has never met someone worthy of being monogamous with, run-for-your-life!

7. You catch him in a lie. He may have a dozen very good reasons for not telling you the truth, but how can you love – or even like – someone you cannot trust?

8. His friends are dismissive or overly-friendly. They’re either tired of putting in the effort for women they won’t see again or they are trying to help him bed you. Being friendly is one thing but bonds take time to build. Also, are his friends douchey? Birds of a feather, lovely.

9. You don’t meet his friends (and he doesn’t want to meet yours.) Not a red flag, a red fire truck. It doesn’t matter what he says or how nice he is, if he’s not opening up his world (and willing to become a part of yours) he’s not planning to stay around.

10. He makes blanket statements about women, and they’re not particulary nice.  If your guy is claiming “all” women are gold diggers/tantrum throwers/cheaters/delusional or any other negative, understand that there will be a massive respect disconnect. You can’t possibly be the one woman who is different, no matter what he tells you.

11. He goes M.I.A. Men who are interested and serious about you are not going to leave you alone to meet someone new. Another concern? His consistent texting gets spotty at night and you don’t hear from him until late afternoon the next day.

12. He says he doesn’t care if you date other people. Again, this is fine if you’re both on the same page, but if you’ve developed stronger feelings, you need to understand the translation: I want to see other people to add you to my bed rotation.

13. He always asks you to split the check or you’re picking it up most of the time. Now, let me clarify: Fancy dinners are not our right as women and a man taking us on them doesn’t mean he’s anymore interested in us than ones who do not; he may just have more money or a corporate card. It’s also a fallacy that men should always have to pay for everything. That said, most will want to take you out here and there in the beginning of a courtship.

14. He never takes you on a “real” date: If your guy is meeting you at bars and blowing you up late night, you’re not dating. You’re meeting up. There’s a difference.

15. He flatters you to death from day one. He loves your clothes, your smile, your wit, your home, your eyes, your laugh. In fact, you’re just perfect in every way. Funny, he knows nothing about you. The point is to keep you so contented that you don’t notice any of the red flags your good sense is trying to point out.Well-deserved compliments should be well-received, but flattery used as manipulation? Not so much.

17. His “jokes” are rude. Whether it’s objectifying comments about your body parts, crass sexual references or swipes about your personality or intellect, demeaning comments that make you feel uncomfortable do not suddenly become respectful just because he laughs.

18. He’s on his phone all of the time (and secretive about it). Is your man texting mid-conversation or on his phone the second you excuse yourself to go to the restroom? It could be his buddy, Bill, sure. Or it could be that he’s sending one-liners to other ladies. If he’s secretive about it or you notice that you’re also getting quick texts and replies when he’s not around, put two and two together.

19. You really know nothing about him. Yes, you have a great time together, but how much do you really know about him? Sharing time is fun, but unless actual information is being exchanged, there’s no bond being built.

Related: Is There Ever A Good Reason To Be Friends With Benefits?

21. Are your friends worried? Remember this: Love is blind and lust is ignorant. If objective eyes are screaming “yield!” slow down!

22. He won’t make future plans. Getting him to commit to anything that’s beyond 72 hours away will give him hives.

23. Things just don’t make sense. There’s a reason illogical comments and behavior leave us feeling we are embroiled in “drama” and “anxiety”; for the most part, we live in a logical world. When something doesn’t make sense it’s usually because there’s more to the story, or worse, the story isn’t true!

24. He’s in it for the ego boost. There are some men who seek the affections of women solely as a fix. He will enter your life and sweep you off of your feet and then have you convinced he’s been kidnapped by ninjas and taken to a remote location across the world. When you get fed up and and blow him off, he’ll wait for you to cool off and pop up again because he “just realized” that all he wants is you. Yawn.

25. You feel something is off. He’s great when you are together and talking, but when he’s not around, you’re feeling more anxiety than butterflies. Trust yourself!

In the end, you have to trust and protect yourself, and while this piece is written for the ladies, men can apply this, too.